*CW: Brief mention of missed periods.
Disclaimer: I am not a medical professional. I am discussing my own experience.*

Here is the story of when a Doctor told me I had a benign Brain Tumour. Spoiler, I (probably) don’t actually have a brain tumour.

What is a benign brain tumour

A benign brain tumour is a growth on the brain. The definition of a benign tumour is not malignant i.e. not cancerous.

A benign tumour can often be left as it is with the occasional check ups but in some cases depending on where it is and if it’s causing symptoms treatment or removal may be suggested by a Doctor.

Why they believed I had a brain tumour

I have always had irregular periods however, in 2018/2019 I realised I hadn’t had a period in over a year.

Before moving to Cardiff in 2018 I’d had some routine hormone blood tests with my GP’s which told us everything was normal. It clearly wasn’t but as I’ve touched on before, my care with this GP practice was less than satisfactory and nothing more was done.

After moving to Cardiff and coming to the realisation I hadn’t had a period in over a year I visited my new GP surgery. I asked for a referral to Gynaecology which was refused however, a GP decided to do more in-depth hormone testing.

They tested my Prolactin levels which were significantly higher than they should be and explained the symptoms I had.

I was referred to the hospital’s Endocrinology department who deal with Endocrine Glands and Hormones.

In my first appointment we discussed the usual medical history, medications etc. Then went on to discuss my symptoms.

We started to discuss if we should try to treat my symptoms and if so what the best treatment would be. To determine this, we needed to find out what had caused the high levels of Prolactin.

There are three common causes for this particular hormone to be increased.

The consultant’s initial assumption was that my medications had caused this increase. At the time I was on over four medications that could cause an increase in Prolactin.

After a very long debate with the consultant and several months of back and forth with my other consultants it was agreed that these medications were too essential for me to come off of.

Although it was assumed my medications were the culprits to be on the safe side I was sent for an MRI with contrast of my brain to rule out a brain tumour.

A few weeks after my MRI, I went for my routine Pain Clinic appointment. I was discussing how my pain was but my consultant seemed very distracted. Eventually he told me that we could discuss my pain at a later date and I had a more pressing matter to deal with.

My Pain Clinic Consultant, someone who is completely separate to my Endocrinology team in a rather blunt manner with huge concern on his face said “Holly you have a brain tumour. You need to speak with your Consultant and GP immediately. I will book in to see you in a few months” and that was the end of my appointment. 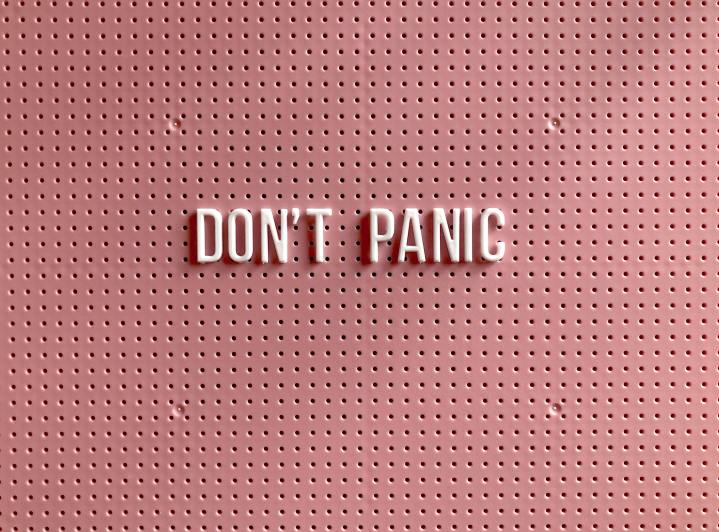 As you can imagine I was rather stunned by the news. I had no idea what this meant, although I know the tumour was benign it could still required surgery or treatment.

I had no idea what was going on and I wasn’t due to see my Endocrinologist for another 2 months. I kept telling myself that if there was a problem they would’ve called by now. On the other hand, as it was benign perhaps it didn’t require any urgency although I realised I needed it to.

I was told I had a benign brain tumour but I wasn’t told what that meant. I wasn’t told if it caused all of my symptoms or if it was dangerous.

I contacted my GP who honestly wasn’t the most helpful however, I was asked to go see an optician immediately. A pituitary tumour if large enough can press on the optic nerve so in order to assure my eye sight wasn’t compromised I needed to be checked out.

Thankfully everything looked good and since then I’ve had several eye checks with no concern surrounding the optic nerve.

Prior to my follow up appointment I was hospitalised due to my POTS and as there was some uncertainty surrounding my tumour the doctors did have to look into it a little. I was fairly reassured that there wasn’t much to worry about especially as my eye test came back clear. However, no one would answer my questions about my tumour.

As you can imagine I had a lot of questions! By the time Endocrinology came around I knew what I wanted to know and I also ensured to tell them how overwhelming and stressful it had been from how I had been told, the fear of losing my sight and having no idea about the thing inside my brain.

The results of my MRI were actually inconclusive and I was sent to have another one.

Do I have a brain tumour

Technically my second MRI was also inconclusive. My pituitary gland is described as bulky and we have no way of knowing if this is due to the tumour or if the gland itself is just bulky, the insides of our bodies are just like the outside and no two people are exactly the same.

The bulky gland hadn’t gotten any bigger since my first MRI and as my eye tests were ok the consultant came to the conclusion that we don’t need to worry about the gland too much. Instead we were going to focus on managing my symptoms.

To answer the question, does Holly have a brain tumour? In the words of my consultant “probably not but we can’t be sure”.

Some of you may think I am a little crazy for being ok with this conclusion but honestly, we have my symptoms pretty much under control and currently my brain and my eyes are doing ok. So, yes I’m ok with this and in my next appointment I will be asking my consultant how we monitor this going forward and we will see how it goes.

Why I’m sharing this with you

I thought it would make an interesting read to be honest.

The reason I wanted to share my experience was following this I had not posted about it on social media at all but I saw that someone else was going through it. When I read the comments on their post, it turns out a lot of us were going through this or had been through this.

Many of the people I follow online have similar conditions to me and in many cases I would assume take similar medication too. This means we are all at risk of the same medication side affects and we shouldn’t be going through this alone.

I am cautious when it comes to talking about my medication online primarily because of those that tell me my medication will make me sicker because of the side affects and I am a horrible human being for increasing my chances of having a heart attack, stroke or cancer.

Then there is always Susan; she will tell me that I should come off all medication immediately and that my disabilities can be cured by nettle tea and turmeric.

I take medication to manage my symptoms and no medication or holistic alternative will cure me of disability or reverse the damage done to my body.

I know the side affects of my medications and in some circumstances I don’t bother reading them until I question if I am struggling with a side affect. Some may call this irresponsible; I call it blissful ignorance that supports my mental health.

I know medications have side affects and I know what that could mean. However, I know that all medication I take is medication I need to help manage my symptoms and to enable me to live a semi ‘normal’ life.

If I talk about medication, post a photo or you see me taking them know that like most I do it for me and I am making the best decision for myself at this time.

If you made it this far congratulations and I hope you enjoyed the rollercoaster journey of does Holly have a brain tumour? Because I certainly didn’t and someone should; I prefer to find the humour in life.

I decided not to talk about all of my symptoms in this post and I haven’t made up my mind yet as to whether I will share more or not. Let me know if you would like to know more or if it would help you in anyway.

I hope you’re all doing as well as possible. Stay Safe!